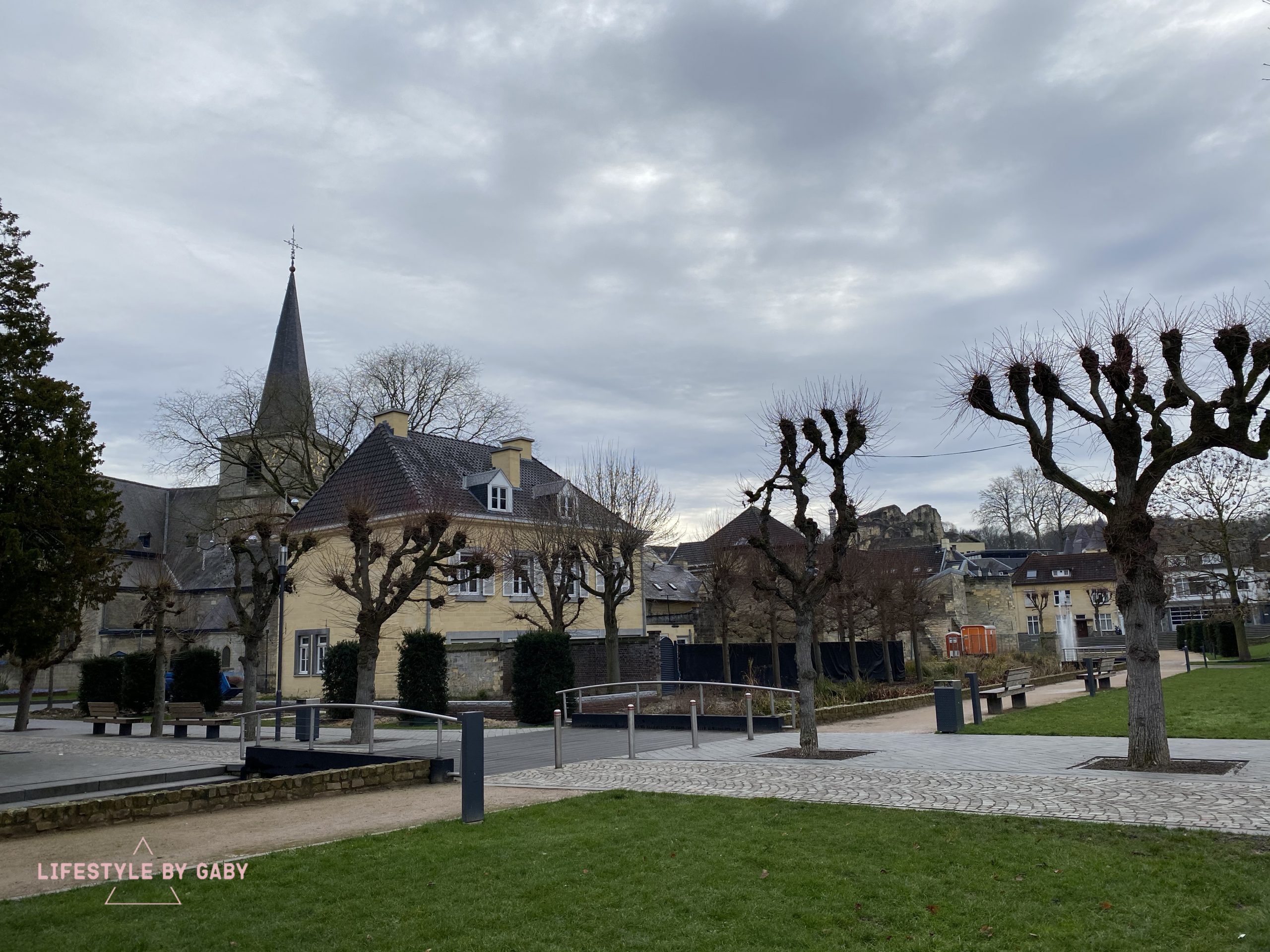 I heard a lot about Valkenburg for a while. That it is beautiful there and nice so I was actually curious about it. Then my best friend Kelly came up with the idea of ​​going to Valkenburg for two days. A super nice idea! I will not say no to that.

We are from North Holland, so Valkenburg is not around the corner. We then had the choice to go by train or by car. We chose the car. I myself had been to Maastricht once by train. This takes half an hour longer but can also be done on its own. It is a two-hour to two-and-a-half hour drive by car. We drove 2.5 hours. A long sit, but easy to do.

The hotel and parking

We had chosen the hotel and restaurant Le Bistro. This is located in the middle of the city of Valkenburg. Only parking is very difficult near the hotel. We had put the car at the Hollands Casino which is 10 minutes walk to the hotel. (So ​​if you type in Holland Casino Valkenburg or Cauberg then you will automatically get there. A day ticket, 24 hours, costs 8 euros so that can be done). We walked to the hotel for ten minutes with our bag. Down a staircase, through a part of the city and you are already there.

The restaurant looked authentic. Everything in oak tables and chairs, the floors you name it. It looked really nice. At the counter in the back you can ask for the key to the room. If you want you can also book a room with breakfast. We have not done this. Only 1 night’s sleep. The payment must be made immediately. We paid for 2 people together sleeping only € 70. That’s a nice price. We walked to the room. The room was very small. It only contained a sink with some cups, a TV and a double bed. We had to share the toilet room and the shower with another room. It was all clean and hygienic, including the toilet and shower, so for 1 night this didn’t really matter. Normally we are never so sharing, but for once it was possible.

Here we naturally wanted to take a look around this time of year. You can view the Christmas caves until January 3. There are two caves, the velvet cave and the Municipality cave. They are five minutes apart. You can buy a combo ticket, then you can view them both. This costs € 14. We did this. I heard that some people had to wait an hour to two hours before they could enter, but luckily we didn’t have to. We could go right in. Outside there were a few food trucks where you could get hot dogs and hot waffles. Now into the caves!

The caves were basically dark and were lit with Christmas trees and lights and all Christmas statues decorated with lights. The stalls were also lit and some had large lamps above them. The stalls had everything, of course mainly Christmas stuff, but you also had stalls with leather bags, food trucks, telephone covers, winter clothing, you name it. Unfortunately this was not really our taste so we didn’t buy anything. Only two hot dogs, they were very tasty! Yet we had suggested more at the caves. On to the Velvet Cave.

The Velvet Cave is therefore five minutes away. Just walk over and look there. There was no line there either. We could walk right in. This cave was also beautifully decorated. Beautiful lights and statues with decorations. Here they actually had the same kind of stalls as the previous cave. Yet this cave was nicer dressed up and more fun to walk through. The previous one was very busy, and the Velvet Cave was less crowded, which made it a bit more pleasant to walk. Unfortunately we hadn’t bought anything here either. We expected a bit more, but we saw it again!

Dinner and the Christmas parade

We had just walked around the town and then we decided to eat somewhere. Valkenburg was really busy that Saturday and Sunday so all the terraces were almost full. And they really had quite a few terraces. I think even more terraces than stores. We decided to sit at Z! N around the corner from the hotel. There they had a Christmas menu for € 27.50. An appetizer, main course and dessert. We were nice under the heat lamp with a blanket and the atmosphere was cozy. We ordered something to drink and the starter both Carpaccio. The food was on the table within two minutes. Super fast! The carpaccio was delicious, tasty sauce, tasty meat and salad. As a main course, Kelly ordered a Wiener schnitzel and I a steak with pepper sauce. In addition, we got tasty vegetables under the meat and some freshly made French fries. The food was delicious and quickly on the table again. For dessert we ordered crème brûlée.

The Christmas parade was supposed to start at seven o’clock and they went through the entire city. We were at the end point. We could see everything nicely from the terrace, so that was really nice! Large cars that were decorated with people in suits of reindeer, you name it. Children were dancing behind the cars, very cute! So this was really nice to see!
After dinner we drank a nice tea and then we went back to the hotel where we had just watched TV and went to bed to get up a little earlier.

We woke up at nine and left the house around ten thirty. We left our belongings downstairs at the counter so we didn’t have to lug around. Kelly and I walked through the town, which luckily wasn’t that busy yet. We sat down on a covered terrace and decided to have a nice breakfast there. We ate a Healthy sandwich and a bouncer sandwich with ham and cheese, which was delicious! Then we walked to the Roman Katakomben a museum. This was a ten minute walk.

This was about ten minutes from the hotel, so we could easily walk this of course. We bought 2 tickets for a tour (€ 14 per person) and there is a tour every hour. They have built the Roman Catacombs from Rome. They already did this in 1908. In Rome the rooms are further apart, and in Valkenburg they have built those rooms 3 km apart, but so that it looks the same. Some rooms are no longer visible in Rome because they are already decaying. But luckily these can still be seen in Valkenburg! In Rome they now want to recreate the rooms that have perished from Valkenburg.

What are the Roman Catacombs?

The Roman Catacombs is a subway system of the Romans, of course. Here they brought the dead bodies and washed them, and then they were brought there to cause them to perish. This was rediscovered in the sixteenth century. So it’s actually an underground cemetery. In the halls there are slots in the walls where they could cram the bodies in, and lay in clay for it so that the body could no longer be seen. In the beginning of the rooms there are few decorations on the walls. These were the first rooms and for the poorer people. As we walked on you also got more and more decorations from Jesus, that was for the richer people. At each room a story was told about the drawings and the people on them. We found this very interesting and beautiful to see!

How did I find the two day trip?

Yes we were successful. Valkenburg is a beautiful city to see with nice little shops. It is very busy, so if you want to go, I advise you to go on weekdays outside of the holidays, otherwise it is almost impossible to walk in the town. If you like terraces you can have a great time in Valkenburg. I also recommend to view the Roman Catacombs, which is very beautiful and interesting to see. The hotel was also great for 1 night. It is not equipped with luxury, but for overnight accommodation this is fine. It is only very noisy in terms of doors slamming, but otherwise it is a great hotel, it is in the city so you can roll out or in after having visited the nice bars :).

Shall I go back to Valkenburg again?

Not any time soon. We have seen the most, and in two days you are really tired of seeing a lot. Everything is within walking distance which also saves money. If you want more than two days, I would take Maastricht. This is very close to Valkenburg and has a much larger city and its many sights! So I would like to go again in a while, but not for these years. Maybe only for the three country point, but then I would rather go to Maastricht and then drive to the three country point in Valkenburg.

Have you ever been to Valkenburg? And what did you see and do there?

”The best therapy in the world is time-out with your best friend.”